Action on Money Laundering in UAE

The UAE Ministry of Economy and Commerce is taking action to bring auditing companies operating in the country to form a group with the Central Bank and other organisations in order to address the money laundering and other financial crimes.

All auditing firms are required to support this war against money laundering by reporting any suspicious financial operations as per the ministry’s information shared with the UAE Central bank.

It is inferred that the ministry would start implementing such measures after it gets approval from the Central Bank, which has prepared the federal anti-money laundering law along with other departments and is spearheading the fight against such illegal activities.

Scores of local and foreign auditing firms operate in the UAE and oversee financial results by the country’s 47 banks and major companies.

The UAE has intensified a campaign against money laundering since it issued a law last year making involvement in such activities a serious crime. Several bank accounts have been closed while others have been blacklisted.

Experts said the ministry’s move would give a strong push to that campaign given the importance of the role played by auditing firms in financial operations.

Central Bank officials said last month they would soon extend such a campaign to cover visitors with the introduction of a declaration system, affecting all carrying at least Dh40,000 ($10,900) and jewellery with an equivalent value.

Under the anti-money laundering law ratified by President His Highness Sheikh Zayed bin Sultan Al Nahyan in January, a special unit has been created at the Central Bank to coordinate action against laundering along with the Ministry of Interior and other parties. 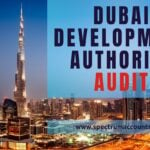 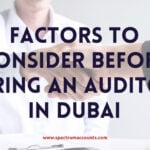 Factors to consider before hiring an Auditor in Dubai 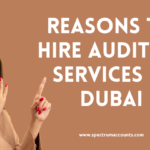 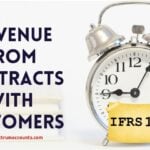 IFRS 15: Revenue from Contracts with Customers