The Two-Pillar Solution is comprised of Pillar One and Pillar Two. Pillar One aims to ensure a fairer distribution of profits and taxing rights among countries with respect to the largest MNEs, which are the winners of globalisation. Tax certainty is a key aspect of the new rules, which include a mandatory and binding dispute resolution process for Pillar One but with the caveat that developing countries will be able to benefit from an elective mechanism in certain cases, ensuring that the rules are not too onerous for low-capacity countries. The agreement to re-allocate profit under Pillar One includes the removal and standstill of Digital Services Taxes (DST) and other relevant, similar measures, bringing an end to trade tensions resulting from the instability of the international tax system. It will also provide a simplified and streamlined approach to the application of the arm’s length principle in specific circumstances, with a particular focus on the needs of low capacity countries.

Pillar Two puts a floor on tax competition on corporate income tax through the introduction of a global minimum corporate tax at a rate of 15% that countries can use to protect their tax bases (the GloBE rules). Pillar Two does not eliminate tax competition, but it does set multilaterally agreed limitations on it. Tax incentives provided to spur substantial economic activity will be accommodated through a carve-out. Pillar Two also protects the right of developing countries to tax certain base-eroding payments (like interest and royalties) when they are not taxed up to the minimum rate of 9%, through a “Subject to tax rule” (STTR). The OECD/G20 Inclusive Framework on Base Erosion and Profit Shifting (IF) has agreed a two-pillar solution to address the tax challenges arising from the digitalisation of the economy. The agreed components of each Pillar are described in the following paragraphs.

In-scope companies are the multinational enterprises (MNEs) with global turnover above 20 billion euros and profitability above 10% (i.e. profit before tax/revenue) calculated using an averaging mechanism with the turnover threshold to be reduced to 10 billion euros, contingent on successful implementation including of tax certainty on Amount A, with the relevant review beginning 7 years after the agreement comes into force, and the review being completed in no more than one year.

Revenue will be sourced to the end market jurisdictions where goods or services are used or consumed. To facilitate the application of this principle, detailed source rules for specific categories of transactions will be developed. In applying the sourcing rules, an in-scope MNE must use a reliable method based on the MNE’s specific facts and circumstances.

The relevant measure of profit or loss of the in-scope MNE will be determined by reference to financial accounting income, with a small number of adjustments.

Losses will be carried forward.

Segmentation will occur only in exceptional circumstances where, based on the segments disclosed in the financial accounts, a segment meets the scope rules.

The application of the arm’s length principle to in-country baseline marketing and distribution activities will be simplified and streamlined, with a particular focus on the needs of low capacity countries. This work will be completed by the end of 2022.

The MLC through which Amount A is implemented will be developed and opened for signature in 2022, with Amount A coming into effect in 2023. A detailed implementation plan is set out in the Annex.

The GloBE rules will have the status of a common approach.

This means that IF members:

The GloBE rules will apply to MNEs that meet the 750 million euros threshold as determined under
BEPS Action 13 (country by country reporting). Countries are free to apply the IIR to MNEs headquartered in their country even if they do not meet the threshold.

Government entities, international organisations, non-profit organisations, pension funds or investment funds that are Ultimate Parent Entities (UPE) of an MNE Group or any holding vehicles used by such entities, organisations or funds are not subject to the GloBE rules.

The IIR allocates top-up tax based on a top-down approach subject to a split-ownership rule for shareholdings below 80%.

The UTPR allocates top-up tax from low-tax constituent entities including those located in the UPE jurisdiction. The GloBE rules will provide for an exclusion from the UTPR for MNEs in the initial phase of their international activity, defined as those MNEs that have a maximum of EUR 50 million tangible assets abroad and that operate in no more than 5 other jurisdictions.2 This exclusion is limited to a period of 5 years after the MNE comes into the scope of the GloBE rules for the first time. For MNEs that are in scope of the GloBE rules when they come into effect the period of 5 years will start at the time the UTPR rules come into effect.

The GloBE rules will operate to impose a top-up tax using an effective tax rate test that is calculated on a jurisdictional basis and that uses a common definition of covered taxes and a tax base determined by reference to financial accounting income (with agreed adjustments consistent with the tax policy objectives of Pillar Two and mechanisms to address timing differences).

In respect of existing distribution tax systems, there will be no top-up tax liability if earnings are distributed within 4 years and taxed at or above the minimum level.

The minimum tax rate used for purposes of the IIR and UTPR will be 15%.

IF members recognise that the STTR is an integral part of achieving a consensus on Pillar Two for developing countries.3 IF members that apply nominal corporate income tax rates below the STTR minimum rate to interest, royalties and a defined set of other payments would implement the STTR into their bilateral treaties with developing IF members when requested to do so.

The taxing right will be limited to the difference between the minimum rate and the tax rate on the payment.

The minimum rate for the STTR will be 9%.

Pillar Two should be brought into law in 2022, to be effective in 2023, with the UTPR coming into effect in 2024. A detailed implementation plan is set out in the Annex.

Pillar One would bring dated international tax rules into the 21st century, by offering market jurisdictions new taxing rights over MNEs, whether or not there is a physical presence. Reach out to Spectrum Auditing to know more about how your business gets impacted if GMT is implemented in UAE and get a feasibility done by the experts. Call us today for any kind of assistance at +971 4 2699329 or email us at [email protected] to get all your queries addressed. Spectrum is your partner in your success. 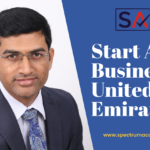 Start A Business in UAE 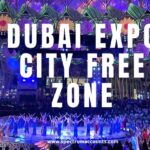 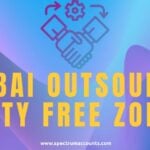