Due to globalization, companies have been operating businesses through branches and subsidiaries across the globe to maximize the profits and to minimize their taxes. Some of the Multi-National Companies (MNC’s) started shifting their revenues from high tax countries to low tax or no tax countries by complying with the existing laws of the respective countries.

In order to move away from tax evasion and comply with the tax laws, Organisation for Economic Co-operation and Development (OCED) countries have come up with recommendations to curtail Base Erosion and Profit Shifting (BEPS).

International tax planning involves various steps to maximize the total net income, which not only includes the tax rates, but also other regulations, cost structure and the tax basis after considering possibilities offered by the laws of different countries. Hence, it is possible to utilize regulations of double tax agreements (DTAA) in addition to the benefits from differences in corporate laws and other Country’s tax laws in order to maximize the net profit.

• Defining the existing business processes, relevant tax obligations on the same and tax base and the rate of tax.
• Listing out possible scenarios including the transfer of functions, cost of establishing business etc.
• Performing cost benefit analysis in each scenario and limitations thereon.
• Finally considering the best possible scenario in order to maximize the net profit.
• Considering the above possibilities establish business in the appropriate jurisdiction

Spectrum Auditing can be your best partner in coming up with appropriate tax planning scenarios to be able to maximize the net income of your company. We also work very closely with the companies to implement the decision taken in the process of tax planning. 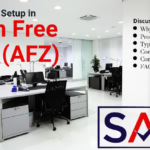 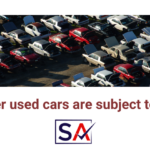 Whether used cars are subject to VAT? Is outsourcing the accounts beneficial to your business in Dubai?