Why Tax Groups are required and what happens of a tax group is formed under UAE Corporate Tax Regime?

This section sets out the proposed UAE CT treatment applying to groups of companies.

Large businesses often conduct their operations through a group of companies, which has a parent company and a number of subsidiaries. These group structures are generally formed to limit or ring fence liabilities associated with certain activities, and facilitate the reporting and management of different business lines.

Operating through a group of companies can increase the overall tax compliance cost where each entity needs to report their taxable income on a stand-alone basis, and can result in a higher effective tax rate for the group where some companies are profit making and others make losses.

To address the above concerns, the UAE CT regime will allow full consolidation for tax purposes (tax grouping) for essentially wholly-owned groups of companies, and the transfer of losses between group companies that are 75% or more commonly owned.

How to form a Tax Group under UAE Corporate Tax?

To form a tax group, a notice signed by the parent company and all subsidiaries will need to be submitted to the FTA. Additional subsidiaries can join an existing tax group by following the same process.

What is the effect of forming a Tax Group under UAE Corporate Tax?

Following is the effect of forming a Tax Group under UAE Corporate Tax Regime:

For groups of companies that do not meet the minimum 95% common ownership requirement or that do not want to form a tax group, the UAE CT regime can allow a transfer of tax losses from one group company to another group company with profits, provided certain conditions are met.

As the transfer of losses would result in a transfer of value from the loss company to the profitable company, one of the main conditions for availing group loss relief will be that the UAE group companies are at least 75% commonly owned, and no loss transfers will be allowed from companies that are exempt or that benefit from the 0% Free Zone CT regime.

The total tax loss offset will not be able to exceed 75% of the taxable income of the company receiving the transferred losses in the relevant period.

Businesses organise and reorganise their affairs to improve operational efficiencies, adapt to economic changes or achieve other business objectives.

In the absence of targeted tax rules, undertaking restructuring or reorganisation within a group could result in a tax liability arising on the realisation of gains on assets or liabilities being transferred. This is considered undesirable given there is no change in the ultimate ownership of the business or assets being transferred.

Recognising the importance of allowing businesses to reorganise themselves without triggering an unnecessary tax charge, the proposed UAE CT regime will allow for an exemption or deferral of CT in respect of the transfer of assets or liabilities between members of a group. In addition, the CT regime will allow certain corporate reorganisation transactions (e.g., mergers) to be undertaken on a tax neutral basis, such that no taxable gain or loss arises.

Intra-group transfer of assets and liabilities

Intra-group transfer relief will be available for transfers of assets and liabilities between UAE resident companies that are at least 75% commonly owned, provided the assets and/or liabilities being transferred remain within the same group for a minimum of three years.

Where intra-group relief is claimed, the relevant assets and liabilities will be treated as being transferred at their tax net book value, so that neither a gain nor a loss needs to be taken into account when calculating the taxable income of the transferor and the transferee company.

Where the relevant conditions for intra-group relief do not continue to be met, any gain or loss that would have arisen upon the initial transfer will need to be calculated and included in the transferor’s tax return in the tax period in which the conditions ceased to be met.

To facilitate mergers, spin-offs and other corporate restructuring transactions, the UAE CT regime will exempt or allow for a deferral of taxation where a whole business, or independent parts of a business, are transferred in exchange for shares or other ownership interests.

An example of a qualifying restructuring transaction is where a natural person who undertakes a business contributes his business to a newly established company in exchange for shares in the company. The natural person will get an exemption from CT in respect of any gain on the transfer, and the acquiring company will continue with the transferor’s existing tax basis in the transferred assets and liabilities.

Similar to intra-group relief, assets and liabilities being transferred as part of a qualifying restructuring will be treated as being transferred at their tax net book value, so that neither a gain nor a loss needs to be taken into account when calculating taxable income.

Any restructuring relief will be ‘clawed back’ if within three years of the restructuring, there is a subsequent transfer of the business to a third party. In this situation, any gain or loss that would have arisen upon the initial transfer would need to be calculated and included in the tax return for the tax period of the third-party disposal.

Reach out to Spectrum Auditing for further details. Call us today for any kind of assistance at +971 4 2699329 or email [email protected] to get all your queries addressed. Spectrum is your partner in your success. 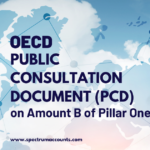 OECD Public Consultation Document on Amount B of Pillar One 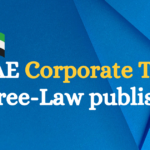 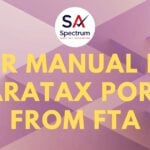 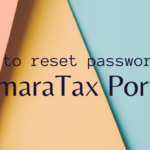 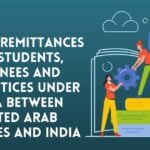 Tax on Remittances for Students, Trainees and Apprentices Under DTAA between United Arab Emirates and India