The best way to determine where RPA can deliver maximum return on investment (ROI) is to take a structured approach to identify, evaluate, categorize and prioritize automation candidates.

For example, suitable tasks for automation are those that are routine, manually intensive, prone to human error and rules-driven (i.e., not overly subjective) and for which supporting data is readily available and easily readable.

Next, evaluate this list to determine which candidates are likely to offer the best ROI by looking at the automation potential of each, both in terms of technical feasibility and the expected value that automation can deliver through increased efficiency and coverage/effectiveness.

In evaluating the ROI of potential RPA scenarios, look beyond traditional measures, such as employee reduction or cost savings, to less tangible metrics, like increased visibility and credibility for the internal audit organization; increased insight, breadth and depth of coverage; ability to provide more real-time monitoring; and ability to focus on more value-add activities. These metrics are important because they impact the quality of internal audit’s interactions with its key stakeholders.

A good outcome might also include expanded audit capabilities. In the case of control testing, for example, RPA allows internal audit teams to move beyond traditional detective or preventative methodologies of periodic artifact requests to continuous auditing, making almost instantaneous an audit cycle that may have previously taken several weeks. Auditees also benefit because they can spend more time on their business-as-usual activities and, in the event of a control deficiency, they get closer to real-time results and have longer runways for remediation.

Automated artifact gathering can also position internal audit to be more autonomous: for example, IA functions can partner with the business to understand the process followed to generate audit artifacts (including the systems involved) and subsequently work to automate these processes.

Generated artifacts can be stored in a centralized repository on a routine schedule (e.g., monthly) or RPA bots can be designed to generate the information at will. Additional bots can be designed to tick-mark evidence to aid the internal audit testing process. The measuring of the ROI of automated artifact gathering and testing should consider the time and effort saved on both the audit and business sides.

A word of caution: Often an existing process may require some tweaks to make it a better candidate for automation. Streamlining processes should always be done prior to automating them.

Once the candidates have been identified and prioritized, it is relatively simple to group them by commonalities and then develop a prioritized roadmap outlining which controls/activities will be automated and in what order.

An old Chinese proverb says every journey begins with a single step. RPA is among the hottest technologies in the market, and there is no reason for internal audit to fall behind in its evaluation and adoption. Taking the first steps often involves tasking an IA team member with a strong aptitude in technology and interest for innovation to take a lead role in developing the automation capability for the broader IA team. Generally, this starts by providing the entire IA team with an initial RPA-awareness session so that everyone understands the technology, the benefits and the processes fit for RPA.

From there, additional in-depth sessions can be provided related to the roles and responsibilities of RPA stakeholders (e.g., business analyst, bot developers), the functions of a Center of Excellence and the overall robotic operating model. Most RPA vendors make (often free) training resources available on their websites for both technical and nontechnical resources. Alternatively, an organization can jump-start its RPA efforts by engaging a third party, but building long-term sustainability requires in-house expertise.

RPA is not a cure-all. Bots, while good at handling highly manual and repetitive rules-based processes, are not the right answer for all activities. A bot is a point solution that can sometimes perpetuate rather than address issues of legacy environments and “technical debt.” Implementing RPA is not a substitute for core platform modernization — though it often can make the process of bridging legacy systems more efficient prior to a modernization project. Nor is every process or task a good automation candidate. Finally, automating a broken process can potentially expose companies to the real risk of making bigger mistakes even faster.

Among the risks associated with implementation of RPA are: 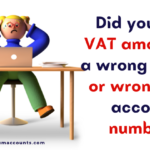 Did you pay VAT amount to a wrong GIBAN or wrong VAT account number? What is the impact of Global Minimum Tax (GMT) on companies in UAE?