Impact of US-China trade war on the Middle East

The happening strains between US-China trade relations are not only heavily weighing down the scenarios for global economic growth but the Belt and Road initiative will also be at threat if a common resolution is not found. However be the differences, the US and China both require oil, which means the Middle East is still in an advantageous position for now. But, if the same trade war either drags or is heated up then there are chances of lesser oil imports leading to a loss in the Middle East economy. Having said that, apart from the oil imports, there are brighter chances for the Middle East because, as per the various media article views, it indicates that China is fast becoming the leading investor and trade partner, replacing the US, and showing interest in expanding its network in the Middle East.

The trade tensions between the world’s top two largest economies, the US and China have not only slowed down the trades between them but also started showing repercussions in on the economies of many countries – both positive and negative. When the two major trading partners are at loggerheads, the second-largest economy (China) is trying to test new waters by exploring the not-so-extensively – tapped markets of the world.

In a recent conference held by CNBC’s East Tech West 2019 in Guangzhou, China, Ben Harburg, managing partner of Beijing-based venture capital firm MSA Capital, said, that the country (China) after disengaging from its largest trade partner, is now trying to transform, invest, and diversify their trades in different borders too. He also mentioned that this has given a push to the already existing agenda of businesses in the Middle East and Africa. Harburg mentioned in the panel that we could alternatively indicate that Chinese companies are actively looking at this space, which is significantly underpenetrated

Echoing similar thoughts in the same panel, Feng Xingya, president of the GAC group, said, “Our initial plan to enter the U.S. market in early 2020 is no longer valid as the U.S. imposed tariffs towards China’s finished automobile exports.”

Business ideas that were eagerly waiting to expand their roots on the US soil are now slowly reverting their plans and are announcing their partnership with firms in Southeast Asia, Europe, and in the Middle East.

The Middle East can see a silver lining because of this crawling tension between the countries. Rafik Nayed, CEO of Bahrain’s AI Salam Bank and a fellow panelist at the conference said that because of the organic market and shared geopolitical structure, China’s market is more attracted to the Middle East. He also noted that recent changes in the U.S. policy concerning the Middle East have created a “vacuum” between the countries giving more preference to the Chinese companies. Nayed also mentioned, “Chinese technology is genuinely interested in opening up new markets of half a billion people, $1.5 trillion economies in the region.”

However be the analysis, it is difficult to predict what the future might hold because of the going trade war. As the analysts themselves said, there are “no winners” of this war. 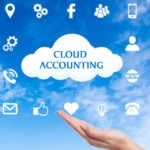 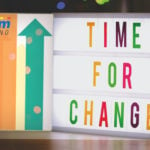 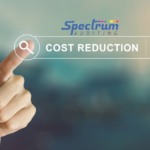 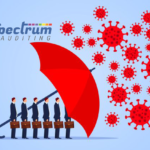 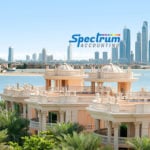